Ignoring your DevOps process model may have serious consequences.

We all regularly read the non-stop barrage of news about security breaches. Hackers today are just as organized, better funded, and better equipped than many corporations, using a wide range of tools available on the dark web. Moreover, the ‘hacking’ tools are packaged and simplified such that almost anyone with basic computer skills can launch sophisticated and devastating attacks against targets of opportunity, be it for fun or profit, often with a huge ROI. Two main issues enable the proliferation of successful cyber-attacks: human error – many due to misconfigurations or developer’s rush to hit schedules – and budgetary constraints. All too often, these pressures lead to sloppy coding and reliance on third-party libraries. Tight timelines and budgets also contribute to a lack of ongoing investment in the latest software security processes, tools, design techniques, and education.

Although we may never solve the challenges around deadlines and budgets, there are four key areas that every software engineer and organization must invest in:

Each of these contribute to a more robust security protocol and will lead to designing and building more secure software. Here are some ways to manage each of these steps.

Due to the enormity of the problem and the continually changing nature of security issues, there is only one way to keep track of it all when you’re creating new software: regular education on what’s happening and ways to mitigate risks when designing and building software. Seminars and workshops are run regularly by a variety of firms, with perhaps the most obvious one being Microsoft.

Over the years, Microsoft has amassed a collection of resources to help its developers, and the community at large, to write secure code. The company was an early adopter of integrating security into their SDLC, or the SDL, as they call it, and have gathered valuable information, best practices, and techniques that they make available for public consumption.

Other interesting sources of education that will expand your knowledge are offered from many university programs, including from MIT. The classes are offered regularly as ‘self-serve’ online tutorials.

An excellent resource for education and ongoing awareness of new security issues is the Open Web Application Security Project (OWASP). Founded in 2001, the OWASP Foundation is considered the go-to reference for secure application development principles and practices.

Application security principles are collections of desirable application properties, behaviors, designs and implementation practices that attempt to reduce the likelihood of threat realization and impact should that threat be realized. Security principles are language-independent, architecturally-neutral primitives that can be leveraged within most software development methodologies to design and construct applications.
– OWASP

DevSecOps is crucial to preventing cyber-attacks since the overall process will make everyone in your organization accountable for security. Key aspects of a DevSecOps best practice include:

Another excellent feature of OWASP is their widely referenced list of Top 10 most critical security risks for web applications. This list is typically referenced by scanning tools to generate OWASP reports or assigning weight to discovered vulnerabilities. The following graphic compares the last two iterations of the top 10 list from 2013 and 2017 and can be used to understand some of the trends in web application risks.

The risks will always be shifting, and it’s hard to maintain an IT environment that continually adjusts for every new risk (except for CI/CD pipeline environments). However, coupling the experience of a trusted partner with OWASP’s more general recommendations should keep you relatively safe by following these ten proactive security controls:

Whether your IT expertise lies in software design and development or elsewhere, everyone can agree that designing and building more secure software can be a daunting prospect. The number of potential vulnerabilities is vast. It is essential to understand not only how many new vulnerabilities there are, but also the total number of known/reported vulnerabilities, as many remain unresolved by the software vendors, or left unpatched by IT Support teams. We all know that zero-day vulnerabilities are difficult to detect or prevent, but there are plenty of attacks succeeding due to addressed vulnerabilities, with some discovered as far back as a decade ago.

We also trust that application developers are generally not intentionally embedding vulnerabilities or backdoors. Vulnerabilities are a result of a combination of factors, such as lack of secure development knowledge, lack of a leadership mandate, or project time or cost pressures. All too often, organizations emphasize agility, competitiveness, and functionality over security, and there is often a reliance on unvetted or out-of-date open source or third-party code libraries. Many of these issues can be mitigated by implementing the OWASP’s proven application security-by-design principles mentioned earlier.

Another great place to enhance your software development/security processes is to reference the Common Vulnerabilities and Exposures (CVE) Project, which houses one of the primary open vulnerability repositories. It records many, but not all, of the known vulnerabilities. Since its launch in 1999, it has tracked a growing list of vulnerabilities, and just in 2018, the number of newly reported vulnerabilities reached 16,555.

A more comprehensive subscription-based tracking database is VulnDB, which as of early 2019 had nearly 200,000 known vulnerabilities across 22,000+ vendors and over 2,000+ open source code libraries. More than 65,000 of the vulnerabilities in VulnDB are not recorded in the CVE database. Of all the vulnerabilities disclosed, the majority are due to insufficient or improper input validation. With many vulnerabilities falling under this umbrella, including cross-site scripting, SQL injection, shell command injection, and buffer overflows, it underlines that developers still struggle to validate untrusted input.

Application security needs to be validated throughout the lifespan of the product, not just during initial development. It should incorporate best practices for secure coding, manual source code reviews, extreme care when using third-party libraries, and automated tools for code vulnerability scanning. In addition to manual penetration testing, there are two complementary families of tools that can be used to scan an application for vulnerabilities before release to production:

These requirements are even more critical in CI/CD pipeline environments.

Assessing the ‘security equation’ for your organization may seem overwhelming, but it is manageable if you approach it on a holistic, incremental, and on-going basis. The key is to give serious consideration to developing a DevSecOps process model. Doing nothing isn’t an option, as it may lead to more problems, such as increased code maintenance and support efforts, dissatisfied customers, loss of reputation and revenue, and possible regulatory or legal liabilities.

With a full-on adoption of a DevSecOps process model, you can not only reduce the probability of these pitfalls but enjoy sustained business growth without the fear of losing customers due to security breaches.

Jakov Zaidman is a Security and Network Principal Consultant holding an (ISC)2 CISSP cybersecurity certification. With 40 years of wide-ranging experience, Jakov’s background and expertise cover strategic advisory and tactical consulting in the areas of security and network audits, infrastructure design and implementation while following industry best practices and security-by-design and privacy-by-design methodologies. Jakov also serves on the Board of Directors of the Baycrest Hospital and the Board’s Commercialization, Quality & Safety, and Technology advisory committees. 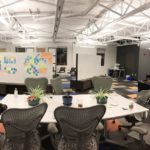 T4G Recognized as a 2019 Best Workplace in Canada 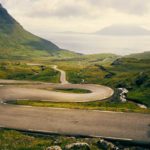